With its unibody platform, the third generation Kia Sportage is able to offer the drivability of a sedan along with the practicality and styling of a traditional SUV. It’s this type of versatility, combined with the SUV’s surprisingly low average used price tag, that has made the stylish Sportage such a good used SUV, as rated by both buyers and critics. The 2014 Sportage earned a J.D. Power and Associates Predicted Reliability score of 3.5/5. The Toyota RAV4 offers the convenience and style of an SUV but in a more compact package. Also, as one of the first crossover SUVs ever built, this model has received more refinement than many of its direct competitors. This good used SUV is an ideal choice to meet the needs of just about any growing family and earned a J.D. Power and Associates Predicted Reliability score of 4/5. Drivability and practicality — these are the attributes to which the Honda CR-V has staked its reputation. Originally designed as an alternative to the less practical full-size SUVs that crowded the marketplace, the CR-V has continually impressed car buyers with its sedan-like maneuverability. For car buyers who want both comfort and an affordable price tag, this good used SUV offers a full complement of high-end features, including alloy wheels, rear privacy glass, keyless entry, leather upholstery, satellite radio, and a USB input. The 2014 CR-V has a J.D. Power and Associates Predicted Reliability score of 4/5. The Highlander offers is a quiet, sedan-like driving experience all wrapped up in the style and body of a midsize SUV. With the ability to fit up to eight passengers, the Highlander is a great option for both growing families and contractors who need a little bit of extra hauling space. In addition, because it has the maneuverability of a station wagon, this good used SUV can handle adverse winter driving conditions, including snowy or icy roads, plus it has a J.D. Power and Associates Predicted Reliability score of 3.5/5. 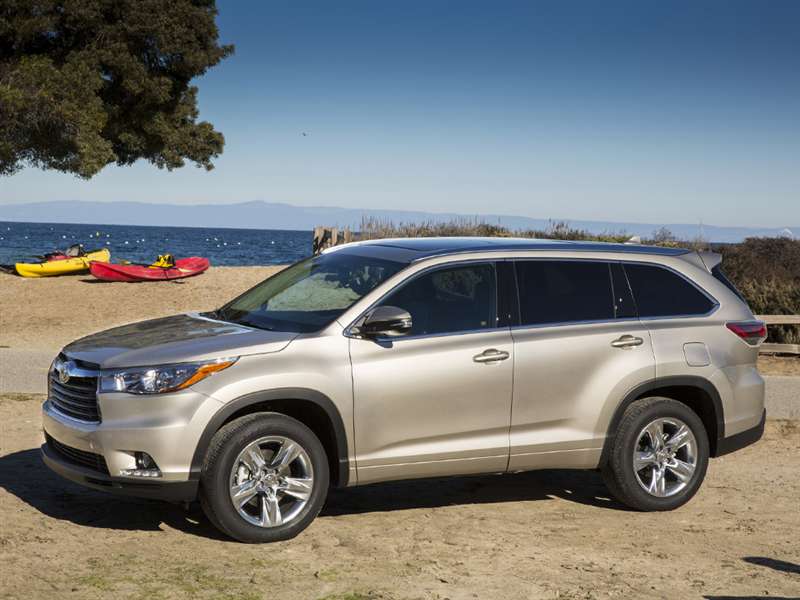