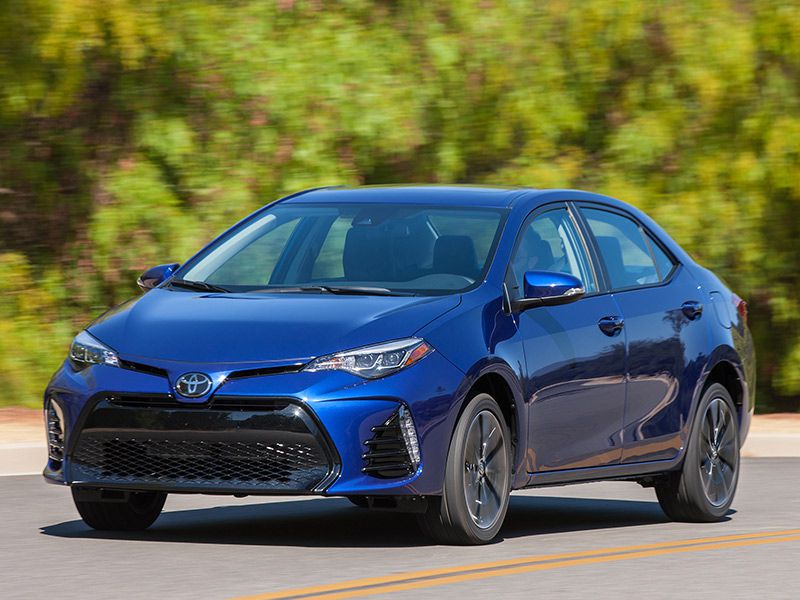 Today’s cars are the safest the auto industry has ever produced. Generally speaking, they provide superior protection should you be involved in a collision, and the latest models are also packed with sophisticated accident avoidance systems and driver aids that help you avoid an accident in the first place.

But what about used cars? After all, safety is also a high priority for used car buyers. Well, used car buyers don’t have to sacrifice safety to find an affordable car. They can enjoy the same desirable technological advancements and excellent crash performance if they shop the right models. To help you narrow down your search, we’ve created this list of 10 used cars under $25,000 with standard and optional accident avoidance systems and excellent crash test scores. Since most are just two to three years old, they can be found with low mileage and be purchased through a manufacturer’s certified pre-owned program. 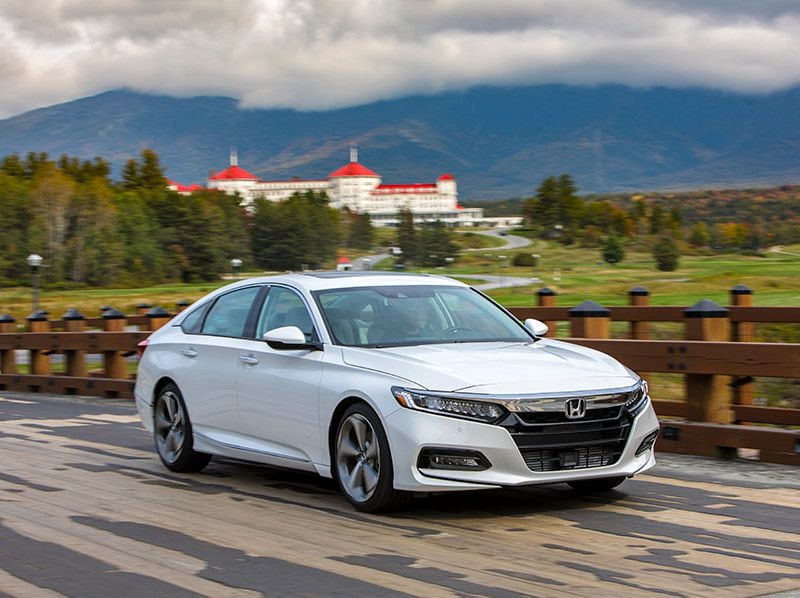 For decades, the Honda Accord has been one of America’s best selling cars. It’s known for being fun-to-drive, family-friendly, and reliable. The mid-size sedan’s 10th generation is also one of the safest cars on the road. Introduced in 2018, this Accord came standard with a forward-collision warning, automatic braking to help you avoid an accident, a road departure mitigation system that will steer the car for you, adaptive cruise control, and lane-keeping assist. The 2018 Accord was also among the Insurance Institute for Highway Safety’s Top Safety Picks and performed to the highest level in all of its crash tests. That includes the IIHS’s difficult small-overlap front crash tests. The National Highway Traffic Safety Administration awarded the Accord an overall safety rating of five stars, its highest possible score. 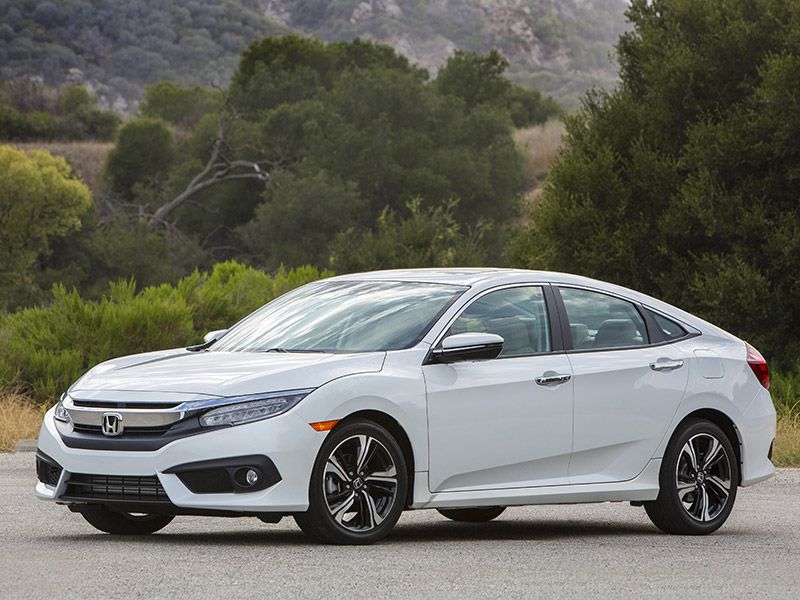 One of Honda’s most successful and beloved models is the Civic. Like the Accord, it’s built in America and has been one of the country’s most popular small cars for decades. In 2018 it was available as a sedan, coupe, or hatchback, and each offered a long list of optional tech-based safety systems and driver aids, as well as top crash-test performance. Honda offered its full suite of safety systems on all three body styles, and the package called Honda Sensing included a forward-collision warning, automatic braking to help you avoid an accident, road departure mitigation, adaptive cruise control, and lane-keeping assist. The Civic also performed to the highest level in every crash test performed by the IIHS and NHTSA. 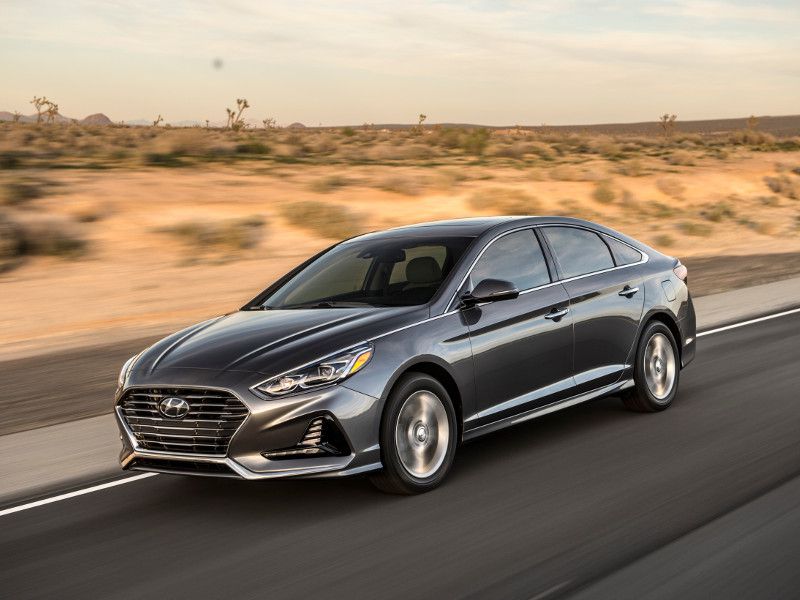 Another mid-size sedan that offers used car buyers exceptional safety is the 2018 Hyundai Sonata. Also built in America, the Sonata offers sleek styling, a spacious cabin, one of the longest warranties in the industry, and exceptional safety. Blind-spot monitoring with a rear cross-traffic alert came standard on all models. Optional safety systems and driver aids on the Sonata include automatic emergency braking, lane-keep assist, and smart cruise control. The 2018 Sonata was awarded the highest possible safety rating by the IIHS, Top Safety Pick+, after it aced its crash tests. NHTSA awarded it five stars. Most of this information also applies to the Kia Optima, which is a mechanical twin to the Sonata. 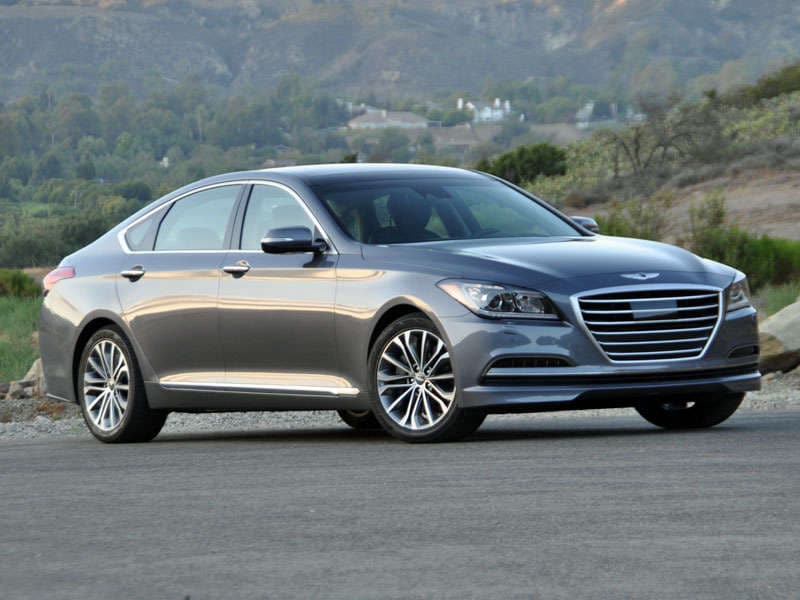 Before Genesis became its own luxury brand, the Genesis sedan was a model in Hyundai’s extensive lineup. In 2017, the Hyundai Genesis sedan became the Genesis G80, and it continues to be popular. In 2016, the Genesis sedan offered buyers a sporty rear-wheel drive chassis, luxurious appointments, inspired performance, and extremely high levels of safety. That year the Genesis was awarded the highest possible safety rating by the IIHS, Top Safety Pick+, after it performed extremely well in all of its crash tests. Also impressed with the sedan’s performance in a collision, NHTSA awarded it a five-star overall safety score. Available safety features include blind-spot monitoring, a rear cross-traffic alert, a lane-departure warning, lane-keeping assist, smart cruise control, and automatic emergency braking. 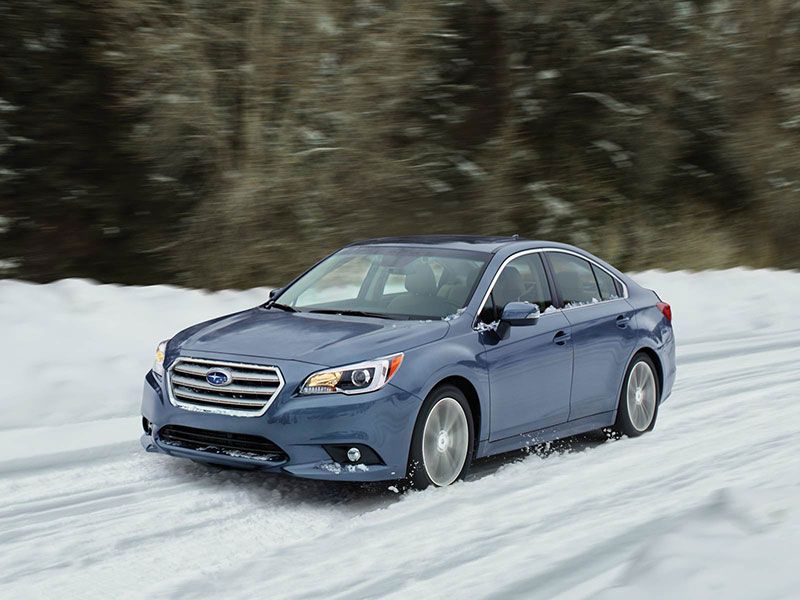 In 2017, the mid-size Subaru Legacy rolled right through the IIHS crash test protocol and earned itself a Top Safety Pick+ rating. It also aced the tests performed by NHTSA and was awarded five stars. Long unique in its class for its standard all-wheel drive, which makes the sedan safer in wet and snowy conditions, the Legacy also came with a long list of standard and available high-tech safety systems and driver aids. The 2.5 Premium and up trim levels came standard with blind-spot monitoring and a rear cross-traffic alert. The top Limited trim level also got standard reverse automatic braking and automatic high beams. Subaru’s EyeSight driver-assist technology, which includes automatic emergency braking, was widely available. 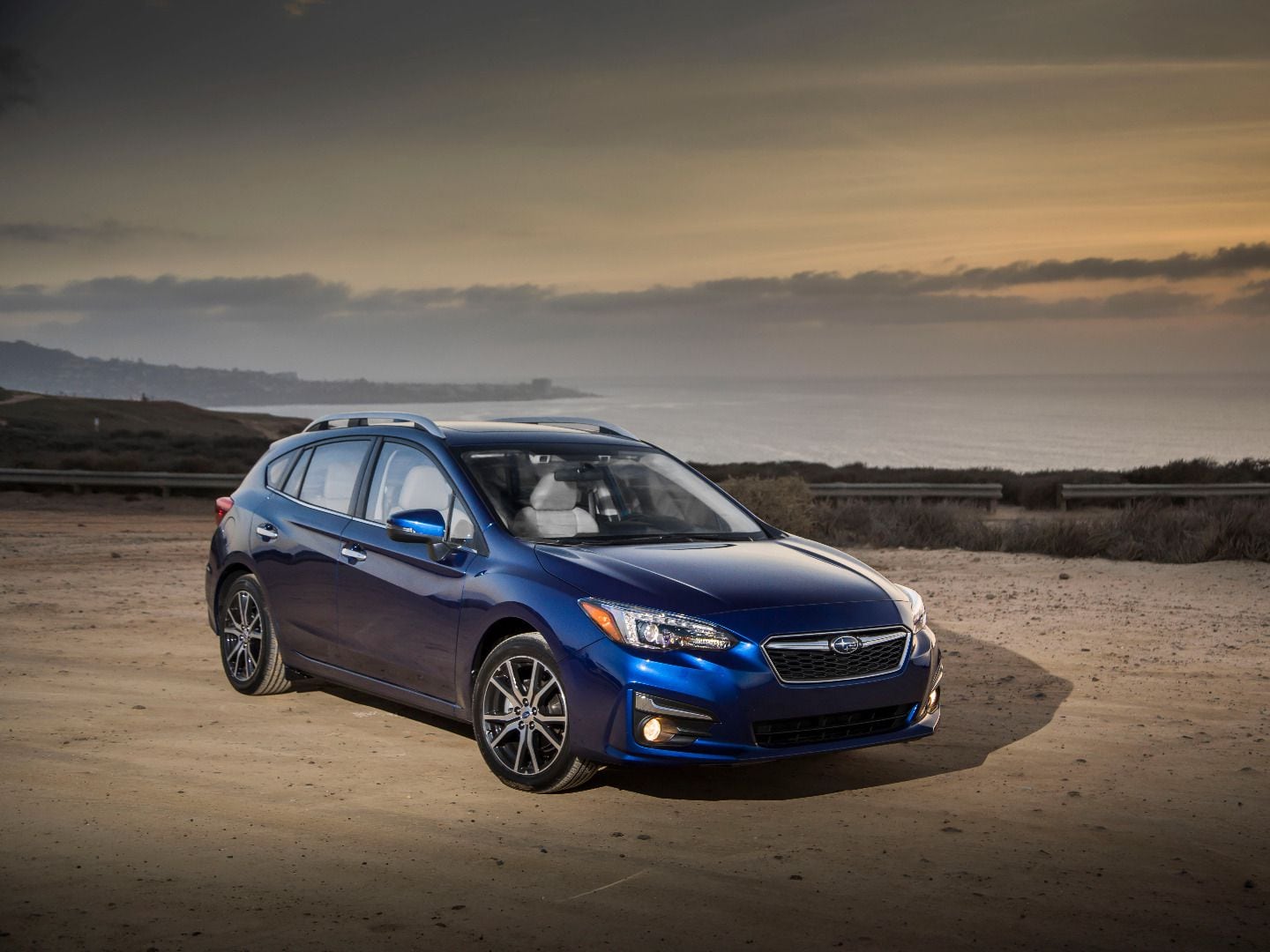 Completely redesigned in 2017, the Subaru Impreza became one of the safest compact cars available. Offered as a sedan or hatchback, the Impreza is equipped with standard all-wheel drive, which is unique in its class and makes it a favorite of buyers in wet and snowy climates. Like the Legacy, the Impreza’s EyeSight system includes adaptive cruise control, automatic emergency braking, and lane-departure and sway warnings. Blind-spot monitoring with a rear cross-traffic alert, steering-responsive headlights, automatic high beams were also available, and rear automatic braking, which can apply the brakes if an obstacle is detected while reversing, was also offered. In 2018, the Impreza was awarded a Top Safety Pick+ rating from the IIHS and five stars from NHTSA. 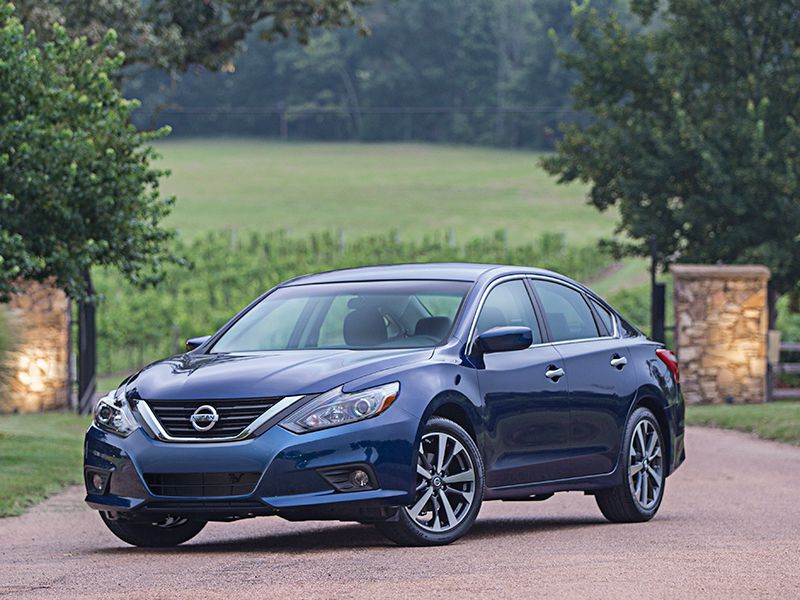 Three years ago, the 2017 Nissan Altima was awarded a Top Safety Pick+ rating from the IIHS and five stars from NHTSA. The front-wheel drive mid-size sedan has always been popular for its spirited performance, handsome design, and roomy cabin. Nissan offered the sedan with a full suite of driver aids including forward emergency braking, a predictive forward-collision warning, and radar-based blind-spot monitoring, rear cross-traffic alert — which warns of approaching vehicles when the Altima is in reverse — and intelligent cruise control. Blind-spot monitoring was standard on the SV and SL trim levels. According to Nissan, its Predictive Forward Collision Warning system warns of risks beyond the driver's forward field of view by sensing the relative speed and distance of a vehicle directly ahead and the vehicle traveling in front of the preceding one. Most of this information also applies to the larger Nissan Maxima, which is mechanically similar to the Altima. 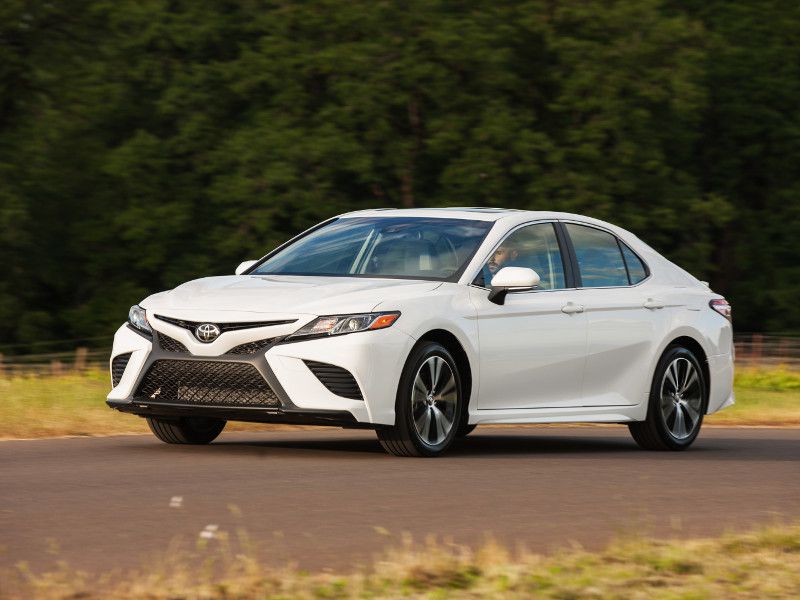 America’s current best selling mid-size sedan, the Toyota Camry was completely redesigned in 2018 and became one of the safest cars in its class — and one of the most stylish. The Camry is also extremely popular because of its long-running reputation for exceptional reliability. In 2018, every Camry got 10 airbags and Toyota Safety Sense that included automatic emergency braking with pedestrian detection, a lane-departure alert with steering assist, automatic high beams, and adaptive cruise control. Blind-spot monitoring, a rear cross-traffic alert, and rear cross-traffic braking were available on some models. The Camry performed extremely well in crash tests and was awarded a Top Safety Pick+ rating from the IIHS and five stars from NHTSA. 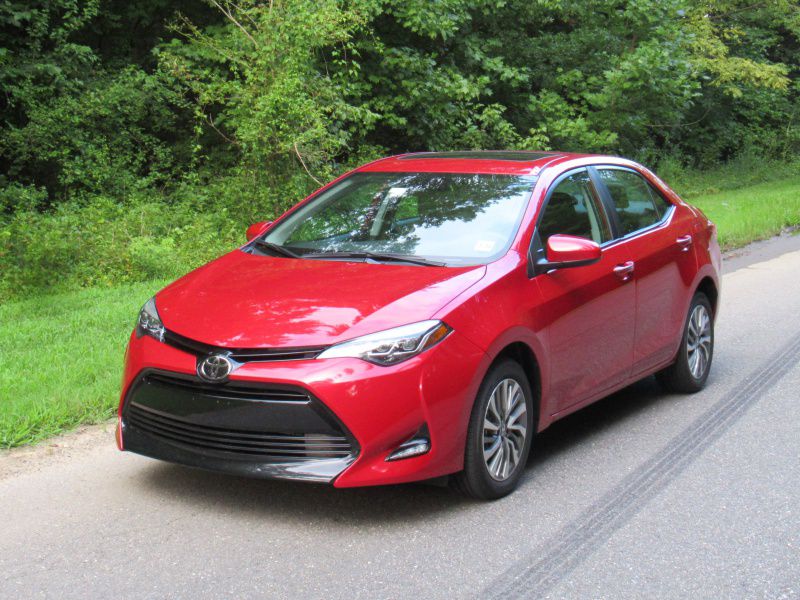 An IIHS Top Safety Pick, the 2018 Toyota Corolla was also awarded five stars from NHTSA. It’s among the safest small cars you can buy for the price, and the compact sedan has one of the best reliability records in the business. In 2018, Toyota Safety Sense was standard and included automatic emergency braking with pedestrian detection, a lane-departure alert with steering assist, automatic high beams, and adaptive cruise control. Every Corolla also got eight airbags, including front and rear side curtain units, and driver and front passenger whiplash-lessening seats. 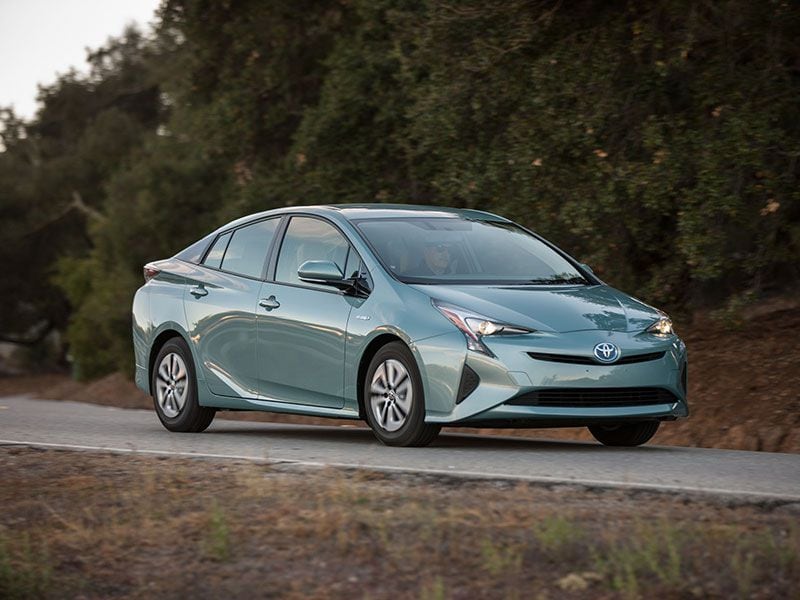 America’s favorite hybrid is best known for its incredible reliability and fuel economy. But the ever-popular Prius has also set the standard for safety in the hybrid class. The 2017 Toyota Prius was awarded Top Safety Pick+ rating from IIHS, and five stars from NHTSA. The brand’s Toyota Safety Sense P suite of driver-assist technology was standard on all model grades of the economical hatchback. TSS-P identifies obstacles and automatically applies the brakes to help avoid collisions. Emergency automatic braking with pedestrian detection was standard, as was a lane-departure alert with steering assist, full-speed adaptive cruise control, and automatic high beams. 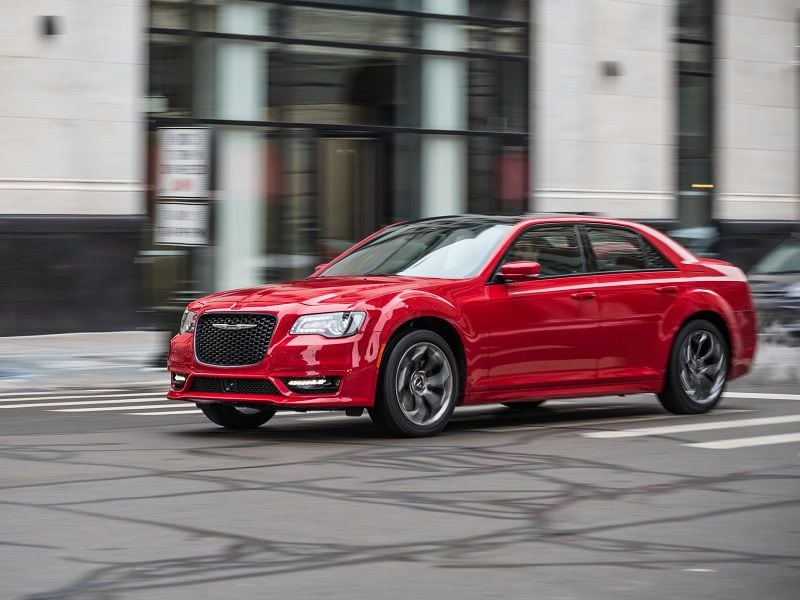 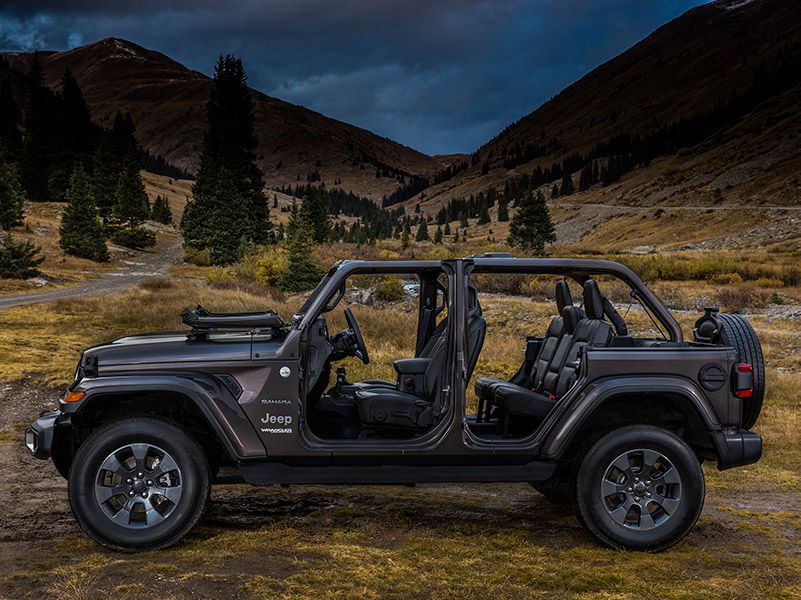 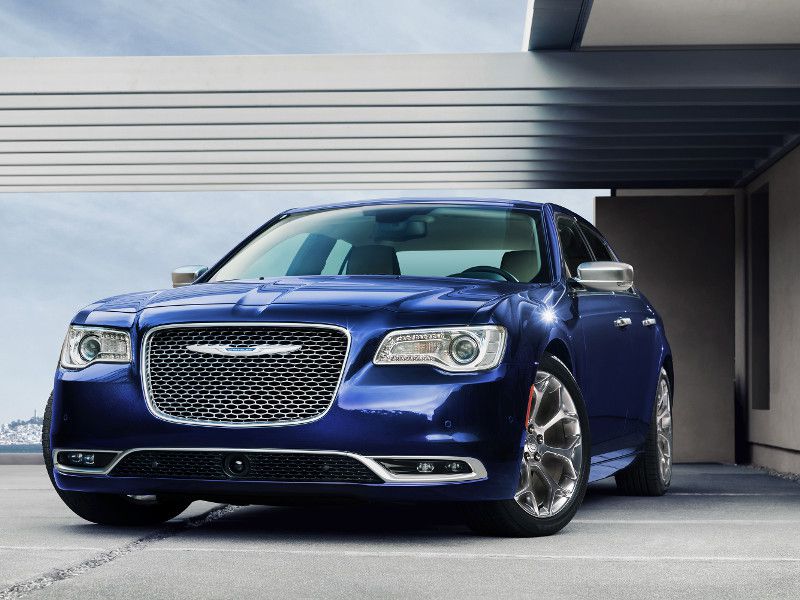 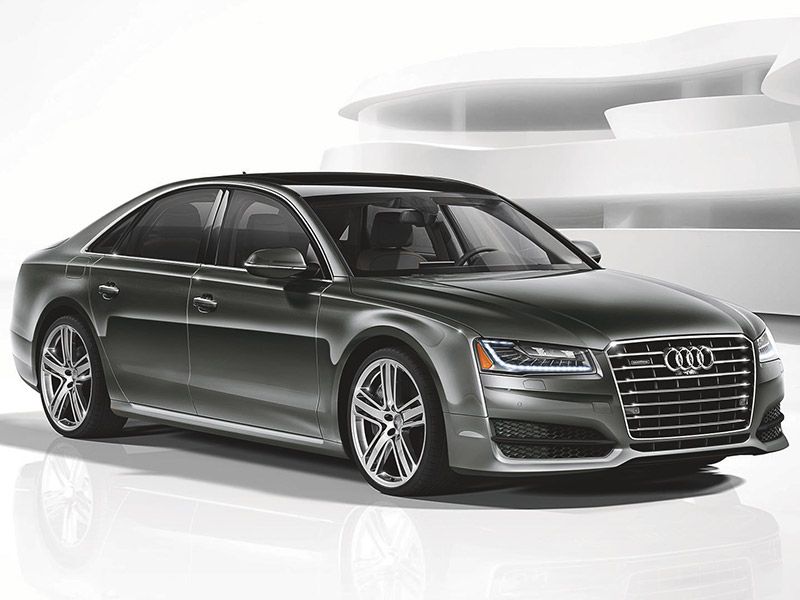 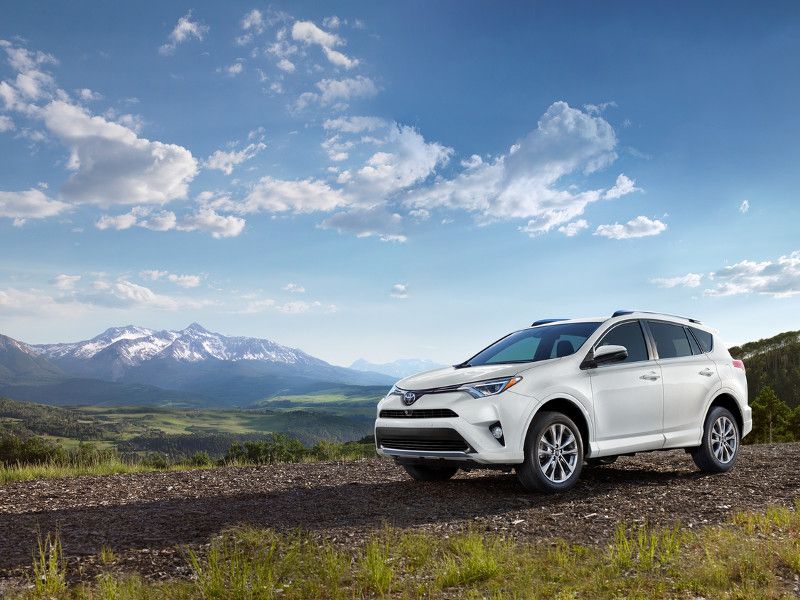 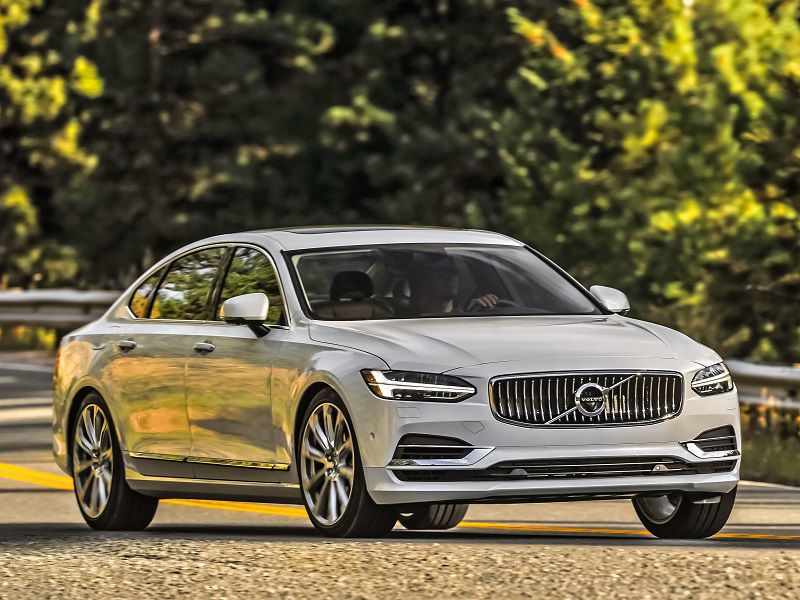