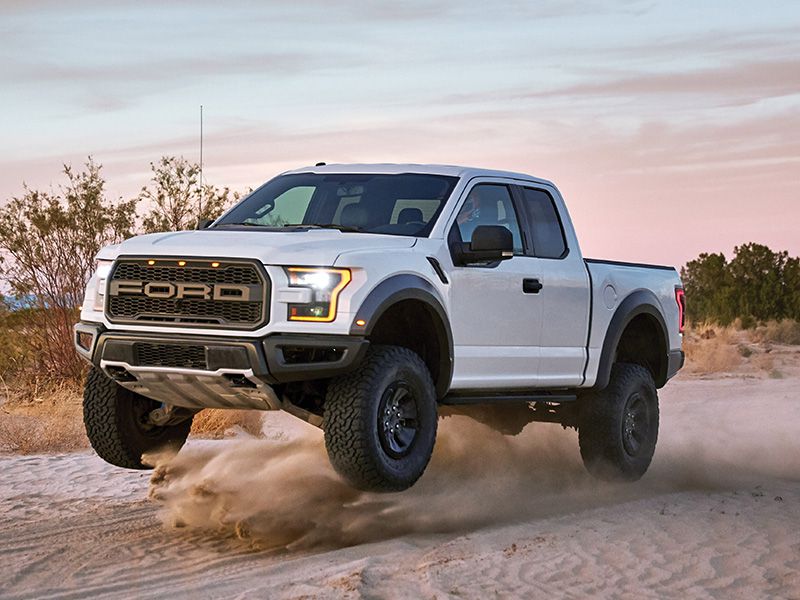 Off-road vehicles were once a niche market, bought only by a few sportsmen looking for the next trail and way out of the fishing hole. But today, with outdoor activities exploding in popularity and city-dwellers and families looking to explore the wilds of the countryside, off-road-ready pickups and SUVs are extremely popular. They’re also extremely expensive. We all want a new 2020 Jeep Wrangler or a 2021 Ford Bronco, but our wallets have other ideas.

To get more truck and more off-road capability for their money, many consumers are buying used pickups and SUVs equipped with special off-road packages right from the factory. It’s a great way to get special off-road-tuned suspensions, beefy tires, increased ground clearance, skid plates, and locking differentials for a fraction of the cost compared to what you’ll find at the new car dealers. From Chevys to Fords, Toyotas to Nissans, there are dozens serious off-road-ready and highly capable pickups and SUVs out there to choose from. Here are the 10 best used trucks for off-road, listed in alphabetical order. 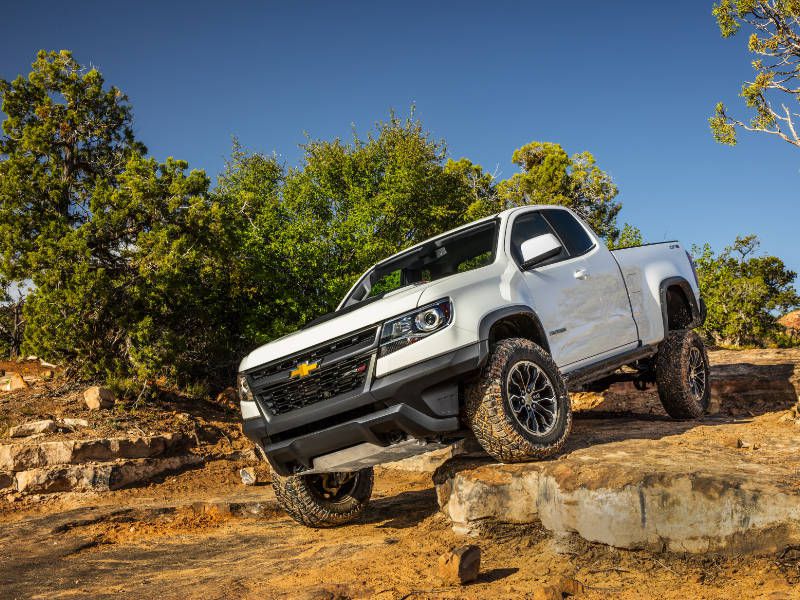 Introduced in 2017, the mid-size Chevrolet Colorado ZR2 is the brand’s most capable off-road machine. And it’s still on the market today essentially unchanged for the last four years. It’s one notch up over the already capable Colorado Z71 and features two inches of additional ground clearance, additional and more robust skid plates, rock sliders to protect its body, and, most importantly, front and rear electronic locking differentials, which are rare in a factory-built pickup.

Special shocks that soak up the roughed terrain are also part of the ZR2 package, along with a 31-inch Goodyears on 17-inch wheels. Chevy also widened the truck by 3.5 inches and fitted flared fenders and a new front bumper for more clearance. Extended cab and four-door crew cab body styles were available, and Chevy offered a 3.6-liter gas V6 with over 300 horsepower or a torquey and more fuel-efficient 2.8-liter turbo-diesel four-cylinder. Trucks in good condition cost around $30,000. 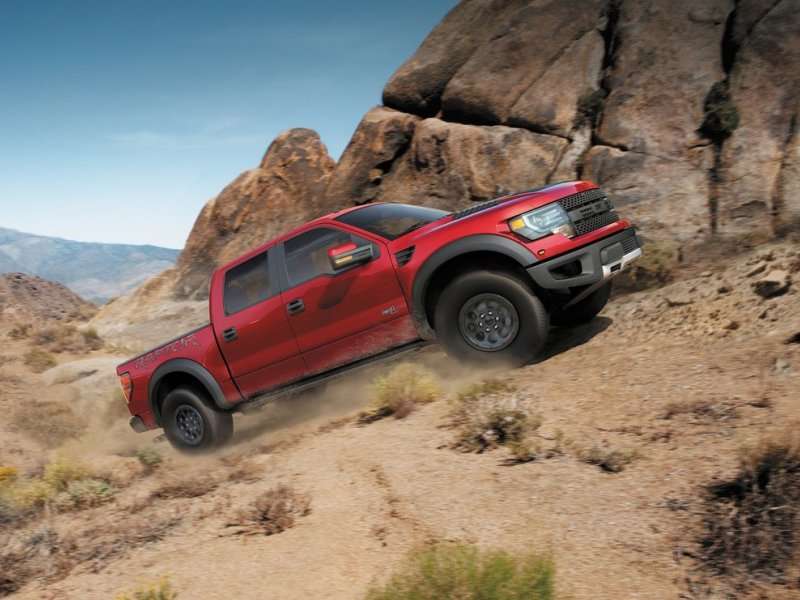 The popularity of serious factory-built off-road machines began with the Ford F-150 Raptor pickup back in 2010, and it’s still the king of full-size off-road pickups. It’s now in its second generation, but first-gen Raptors in good condition are out there, and they cost about half as much as a new one. Extended cab and more popular crew cab models were offered, and every first-gen Raptor was V8-powered. The first year a 5.4-liter V8 was standard and a 6.2-liter V8 was optional. In 2011, the smaller engine was dropped and the 6.2-liter, which produced 411 hp, became standard. Both engine were paired with a six-speed automatic transmission. 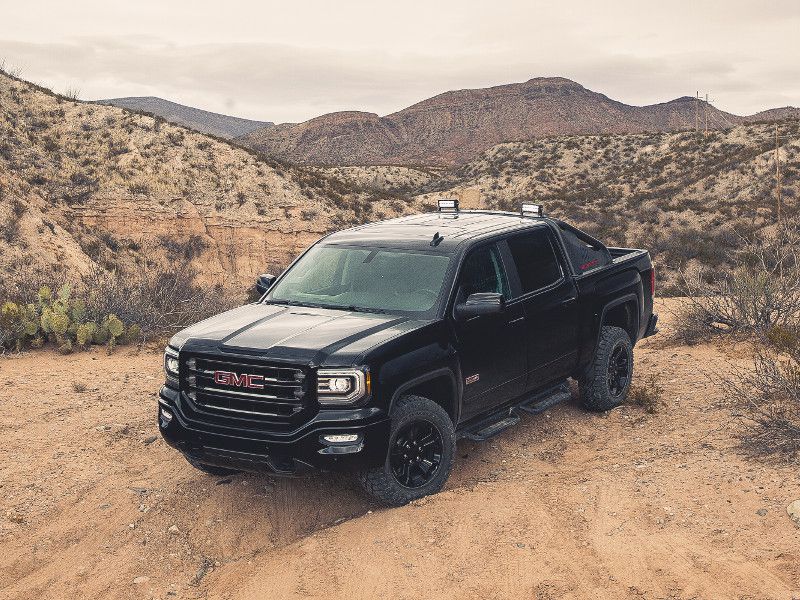 In 2014, GM redesigned its popular full-size pickups. The Chevrolet Silverado and GMC Sierra were both new from the ground up. Two years later, the trucks received new grilles, headlights, and tailgates, and both came with off-road-ready packages. The Chevy Silverado Z71 and the GMC Sierra All-Terrain X both featured a locking rear differential, knobby 18-inch Wrangler DuraTrac tires, and an off-road-ready suspension with shocks sourced from Rancho, another legendary off-road suspension company. Skid plates and hill-descent control were also standard.

Both were powered by a 5.3-liter V8, but the GMC also got a performance exhaust system that added 10 hp for a total of 365. An eight-speed automatic was also standard. Chevy sells considerably more Silverados than GMC moves Sierras, so it’s much easier to find a Silverado Z71 on the used market, but All-Terrain X GMCs are out there. Prices start around $28,000. 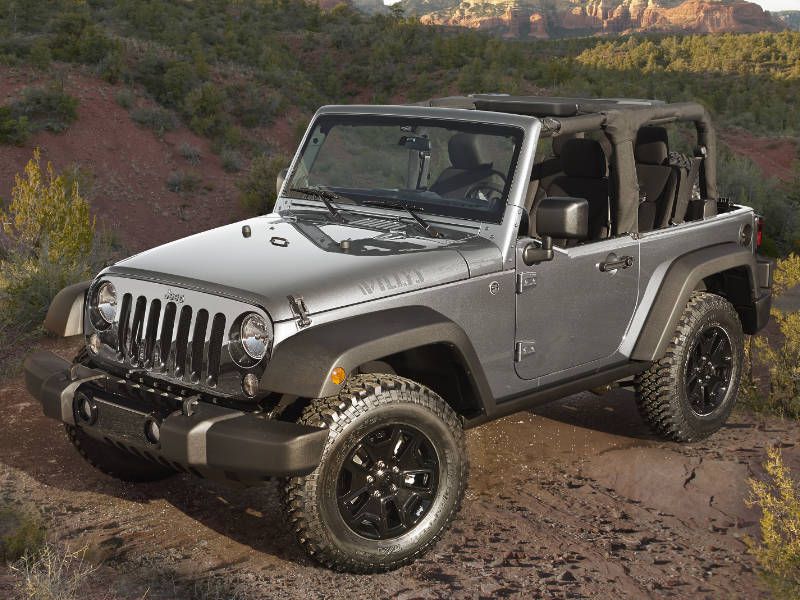 The third-generation Jeep Wrangler is known as the JK. Compared to its predecessor, the TJ, it got a longer wheelbase and wider tracks, but it was 2 inches shorter. It was also wider, so there’s more room inside, and these were the first Wranglers with power windows, a touchscreen, and stability control. In 2011, the interior was revamped again, gaining automatic climate controls. In 2007 the JK also gave us the first four-door Wrangler, the Unlimited.

A coil spring suspension remained, but JKs ride better than previous Wranglers. The hardcore off-road Rubicon model, with front and rear locking differentials, now had a disconnectable front sway bar to increase suspension travel. A new 3.8-liter V6 made 202 hp. It was backed by a six-speed manual or a 4-speed automatic. The far superior 285 hp 3.6-liter Pentastar V6 and a new five-speed automatic arrived in 2012, while a six-speed manual remained standard. Prices start around $10,000 for the oldest JK Wranglers. 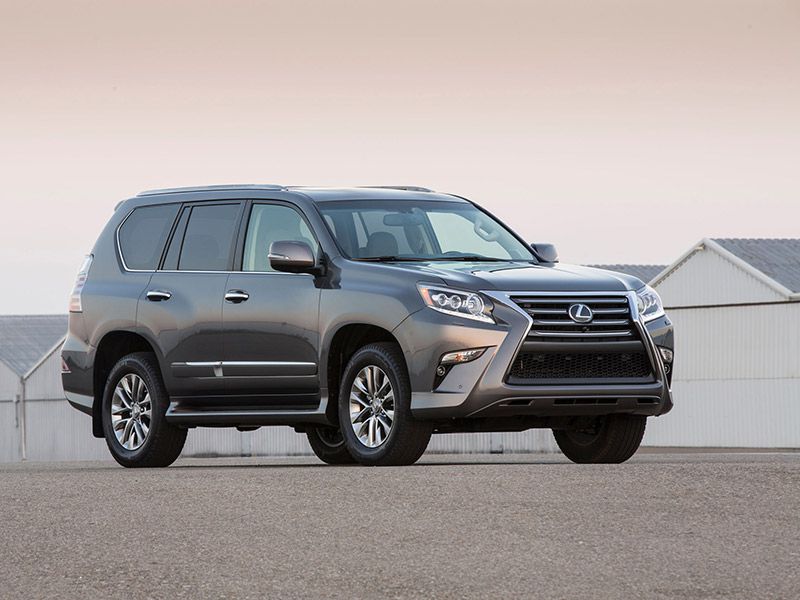 When you think off-road, you probably don’t think Lexus. But the luxury brand’s mid-size SUV, the GX 460, has the chops to change your mind. Think of it as a V8-powered Toyota 4Runner, which is basically what it is, sharing much of its chassis with that SUV, which includes a long-travel suspension and four-wheel drive system with a two-speed transfer case.

The second generation of the GX was introduced way back in 2010, and it’s miraculously still on sale today, living one of the longest lives in SUV-land. Unlike the V6-only 4Runner, however, the GX is packing a 4.6-liter V8 with considerably more torque and over 300 hp. These trucks are quick, and they’re just as capable as a 4Runner off-road, which makes the GX one of the best-kept secrets in the off-roading world. But word is getting around. Prices start at about $15,000. 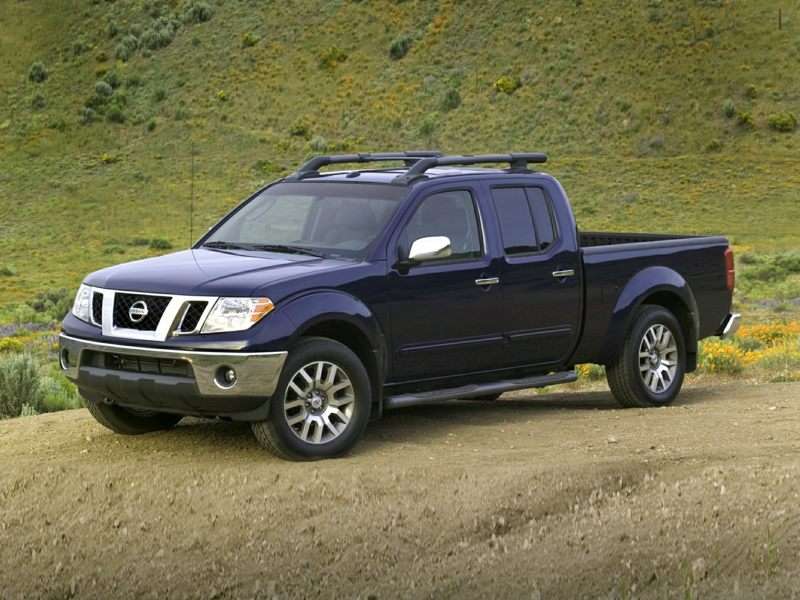 Another truck with an unusually long shelf life is the second generation of the Nissan Frontier, which was introduced in 2005 and remains in production today. In 2009, Nissan introduced the Pro-4X off-road package to the mid-size pickup, and it quickly gained respect in the off-road community for its rugged components and solid engineering. Nissan even went so far as to include special seat bottoms for more support out on the trail.

But the real magic is underneath the Frontier, with larger 31-inch off-road tires, shocks from legendary suspension supplier Bilstein, and unique bushings for more control while rock crawling and navigating rutted trails. Nissan also added skid plates to protect its gas tank, oil pan, and transfer case, a locking rear differential, and hill-descent control. The Pro-4X was available with 2WD and 4WD, so know what you’re buying. Prices start at about $9,000. 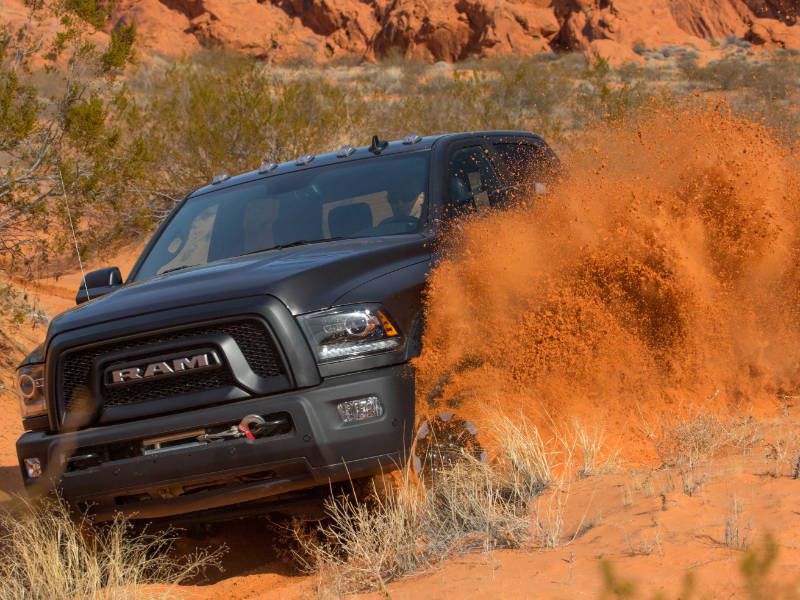 This is the beast of the bunch. The big dog. And it’s a rottweiler. Ram’s Power Wagon is based on the three-quarter-ton Ram 2500, and it’s the only pickup out there that features front and rear solid axles each with an electric locking differential. Taller springs were also standard, along with Bilstein shocks, 33-inch tall tires, and a 12,000-pound Warn winch mounted behind its front bumper. Compared to a standard Ram 2500 4x4 it has about 2 inches of additional ground clearance.

It also has considerably more suspension articulation thanks to a disconnecting front stabilizer bar and a unique upper axle mount in its front suspension. Every Power Wagon is powered by a 410-hp 6.4-liter Hemi V8 and has a transfer case with a steep 2.64:1 low range for crawling and climbing. Prices start at about $35,000.

Introduced way back in 1984, the Toyota 4Runner has been a favorite of off-roaders ever since. The fifth-generation of the SUV debuted in 2009 and is still sold by Toyota today. It has been offered with many TRD (Toyota Racing Development) off-road suspension packages over the years, but the best is the TRD Pro, which was introduced in 2015 and still remains available.

Ideal for off-road enthusiast families, the spacious V6-powered 4Runner TRD Pro features body-on-frame construction and a solid rear axle suspended by coil springs, which give it a smooth ride. It also features special shocks and off-road tires, and it sits about an inch taller than a standard 4Runner while offering more wheel travel and articulation. Toyota’s Multi-Terrain Select and crawl control systems were standard along with an aluminum front skid plate and a locking rear differential. Prices start around $30,000. 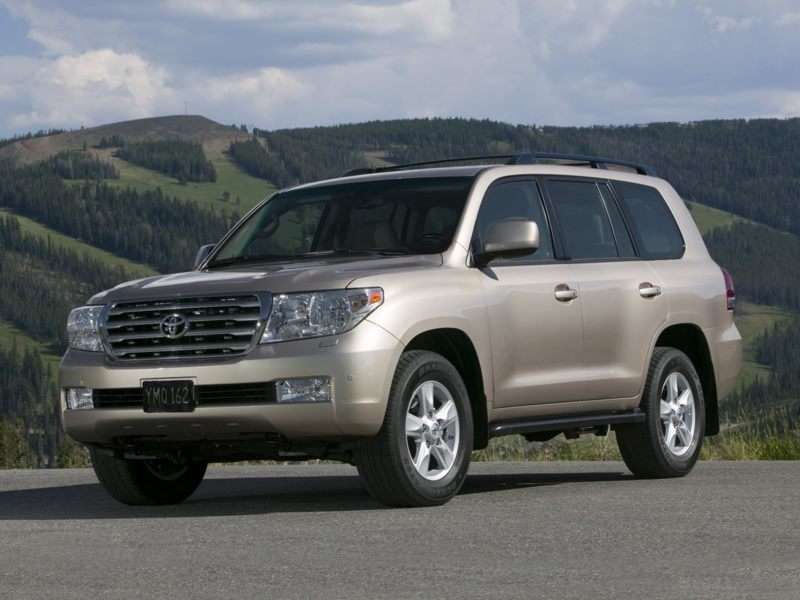 Another iconic Toyota 4x4 is the Land Cruiser. First introduced to America in the 1960s, it’s been an off-road favorite for over 50 years. Today’s Land Cruiser, known as the J200 by enthusiasts, was first introduced way back in 2007, which makes it a proven off-road beast that can tackle any terrain.

This is the largest SUV on this list, so the Land Cruiser isn’t the best on tight trails, but it’s ideal for overlanding and crossing vast expanses of wide-open terrain. These trucks are packing large 5.7-liter V8s with almost 400 hp, four-wheel drive systems with low range, independent front suspensions, and solid rear axles. Toyota also included its crawl control and its hydraulic Kinetic Dynamic Suspension System (KDSS), which allows for greater wheel articulation. Prices start just under $20,000 for an early J200 Land Cruiser. 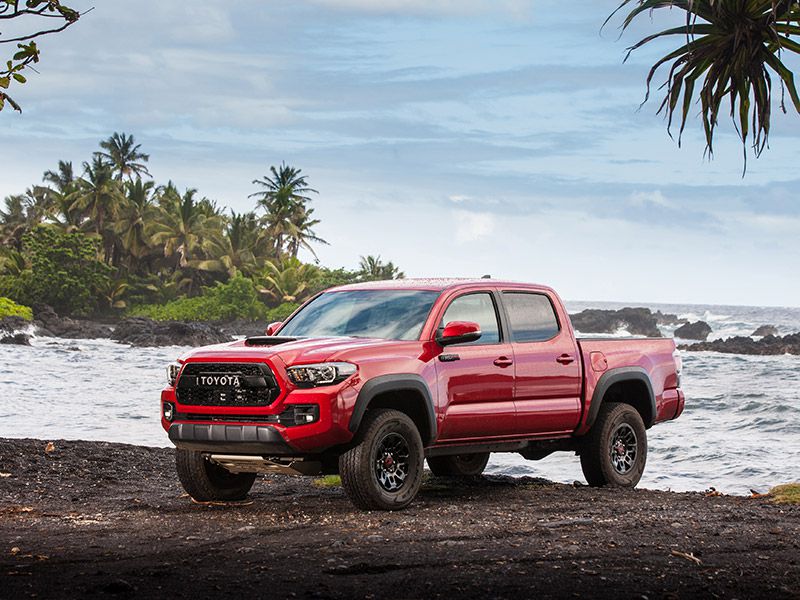 Toyota’s TRD division is best known for its off-road suspensions on the mid-size Tacoma pickup. There have been many TRD packages over the years, including the TRD Sport, TRD Off Road, and the ultimate TRD Pro trim levels. They’re all quite capable in the dirt, but the TRD Pro, which was first introduced in 2017, is by far the best. 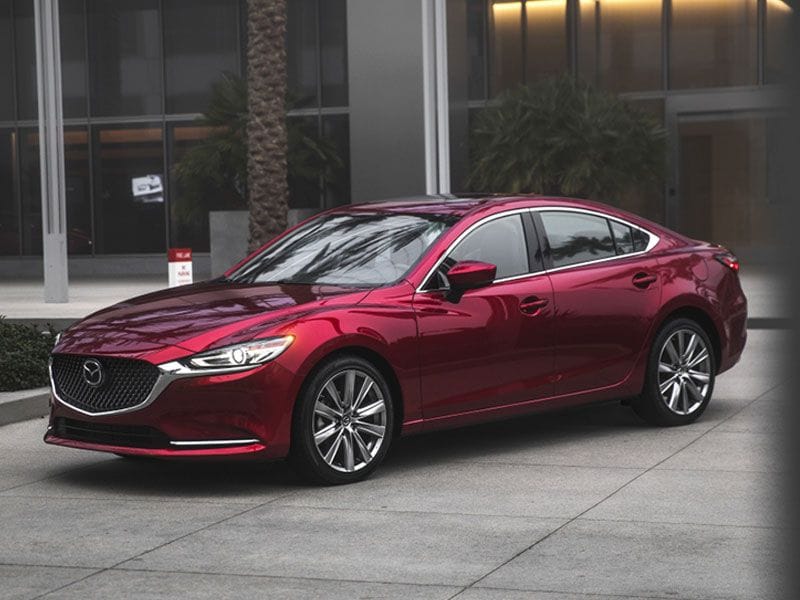 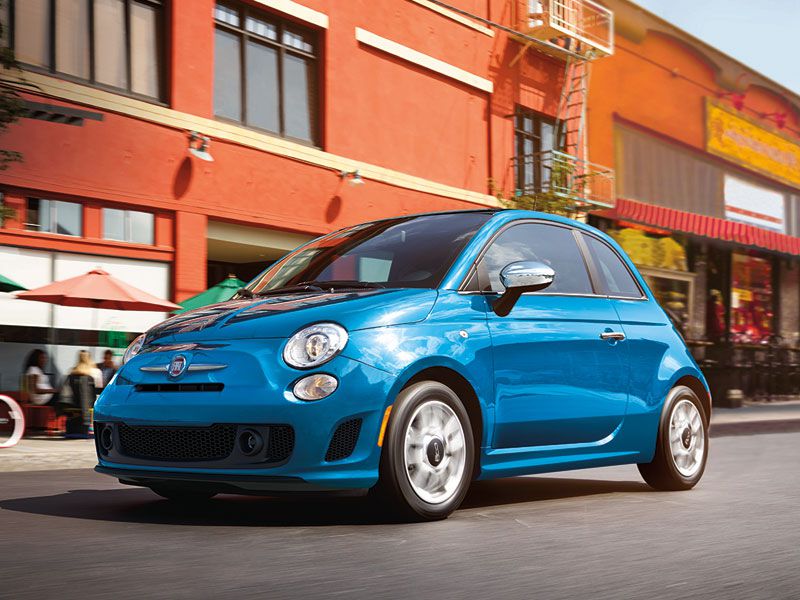 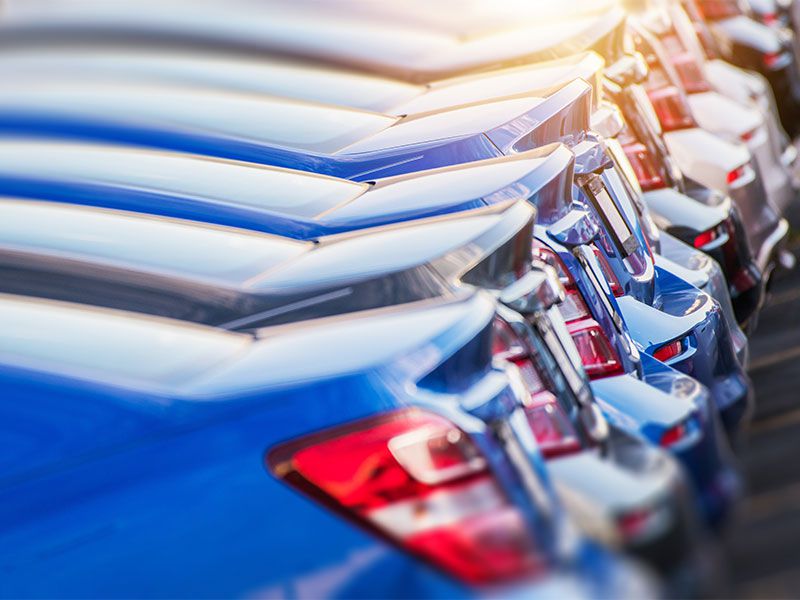 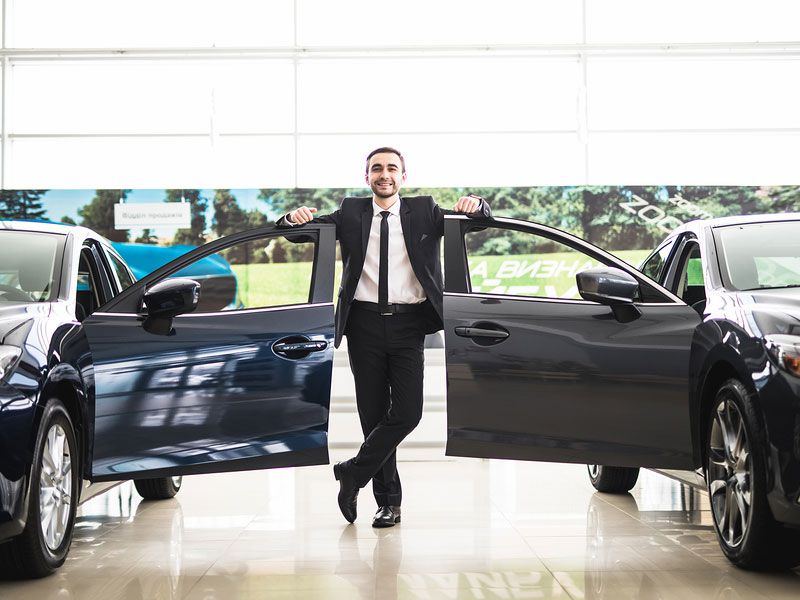 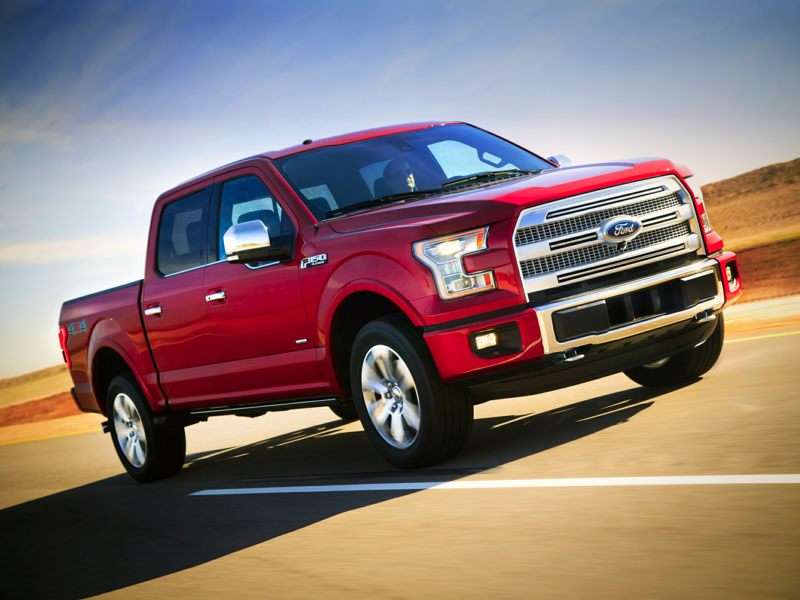 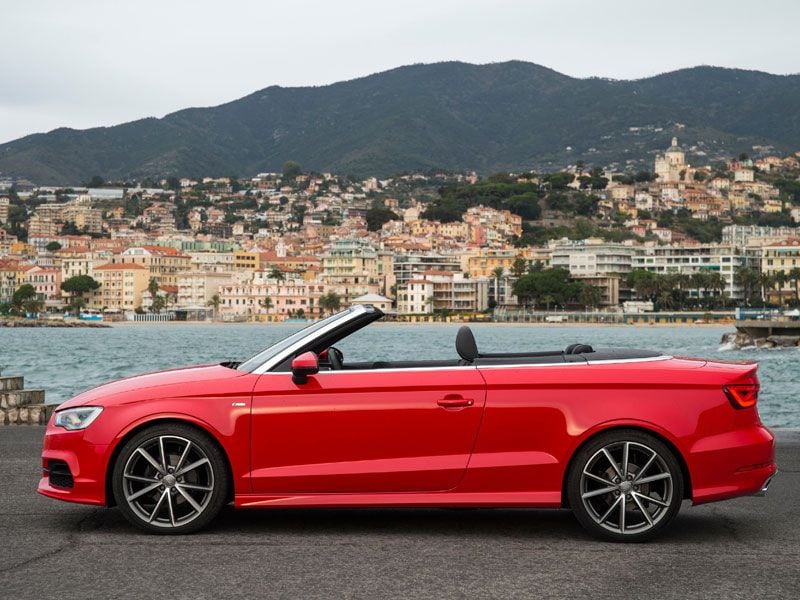