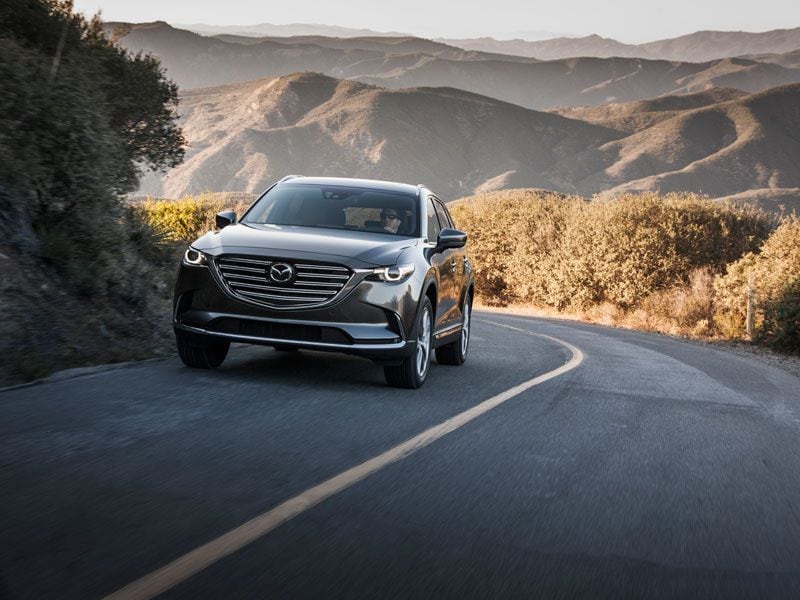 SUVs are everywhere these days, and it seems like most American drivers want one. In 2020, sales of SUVs topped the 50% level in the light-vehicle market for the first time, and the trend shows no sign of abating. SUVs are versatile, are easy to get in and out of, and can be a lot of fun to drive. It’s also nice to have a driving position that looks down on traffic, not up at it. The only trouble with SUVs is they are, on average, more expensive than their conventional sedan and hatchback counterparts.

The answer to that potential issue is to purchase a used SUV. Studies have shown quite clearly that vehicles that have been manufactured during the past few years have very long useful lives, perhaps the longest in history. That’s why this list of the five SUVs that cost the least to insure can be so valuable. 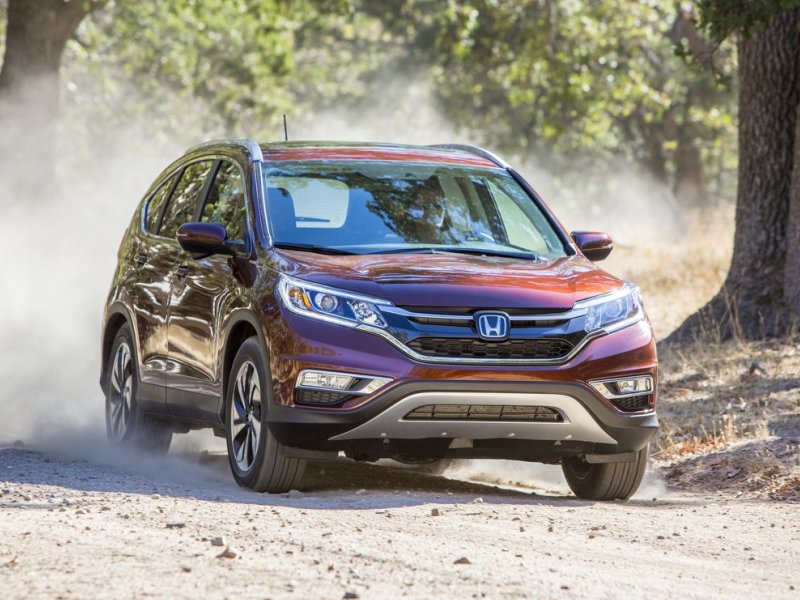 Because of their popularity these days, there are little hundreds of used SUVs to choose from. To help with our analysis, we enlisted the experts at Mercury Insurance, who ran data on all the permutations of make, model, and year to determine which used SUVs cost less to insure.

“Pre-owned vehicles are a great way for those who want to upgrade their current vehicle, but are also looking to save money on the purchase price,” said Chong Gao, director of product management R&D for Mercury Insurance. “The savings with used vehicles tend to continue with insurance rates because of the vehicle’s value, and this often means you can get more vehicle for your money and pay less throughout the ownership experience.” Mercury Insurance developed the list based on full coverage premium (bodily injury, property damage, comprehensive, medical, underinsured, and uninsured motorist bodily injury and collision) for a hypothetical driver with average factors for each rating element for all 2016-2019 SUVs. 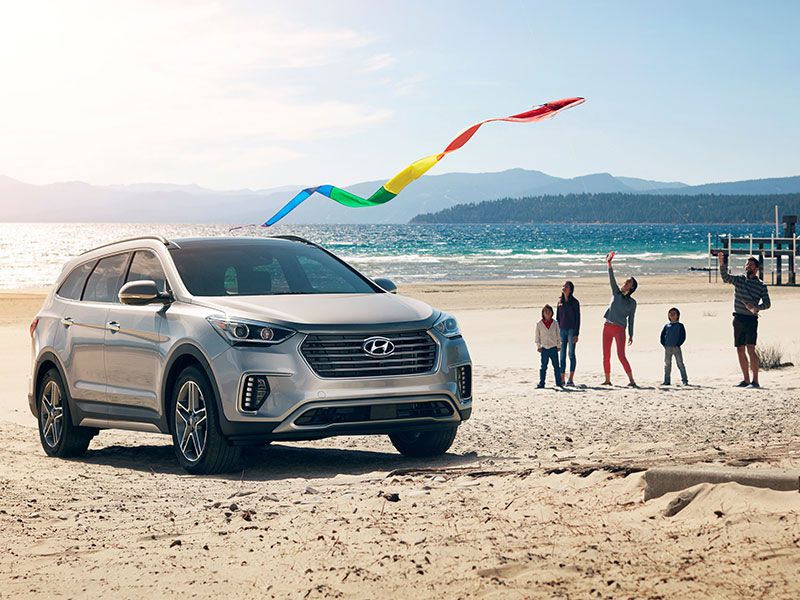 A strong reliability rating and low cost-to-insure suggest the 2016-2018 Hyundai Santa Fe mid-size SUV will offer a good ownership experience. Not as big as many of the vehicles in the class, the Santa Fe still offers three rows of seating and 80 cubic feet of cargo space. Because it was affordably priced new, it is typically a bargain as a used vehicle. And that economy extends to its insurance costs. 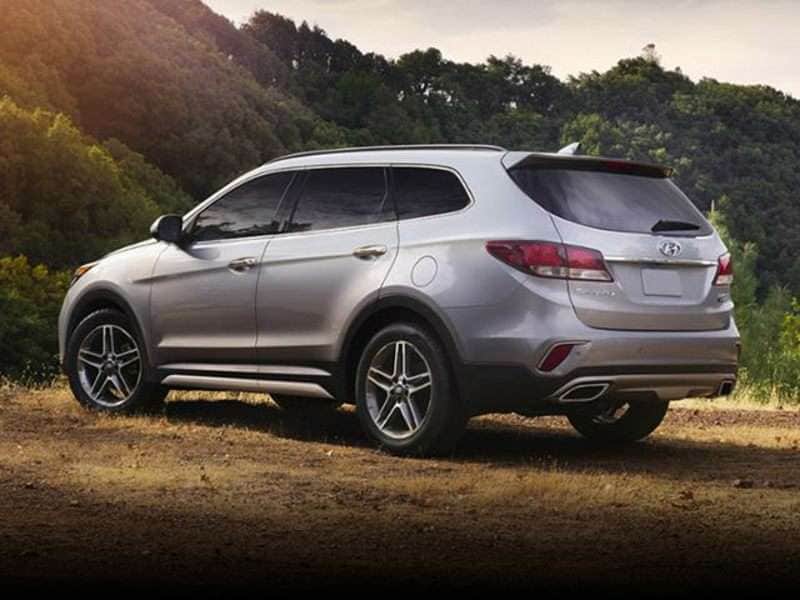 The 2016-2018 Hyundai Santa Fe offers plenty of acceleration. The lone engine choice is a 290-horsepower 3.3-liter V-6 backed by a six-speed automatic transmission. Front-drive is the standard configuration, but many vehicles of this generation have all-wheel-drive. It’s wise to search for a Santa Fe that is equipped with the available safety features that were offered. Included among them are blind-spot monitoring, lane-change assist, and automatic emergency braking with pedestrian detection. Another nice feature to look for is adaptive cruise control.

Some Santa Fe models are pretty basic inside but others have upscale equipment like heated and ventilated leather seats and a heated steering wheel. The 2016-2018 Santa Fe has 13.5 cubic feet of space behind the rear seats and 40.9 cubic feet with the second row occupied and the third row folded. 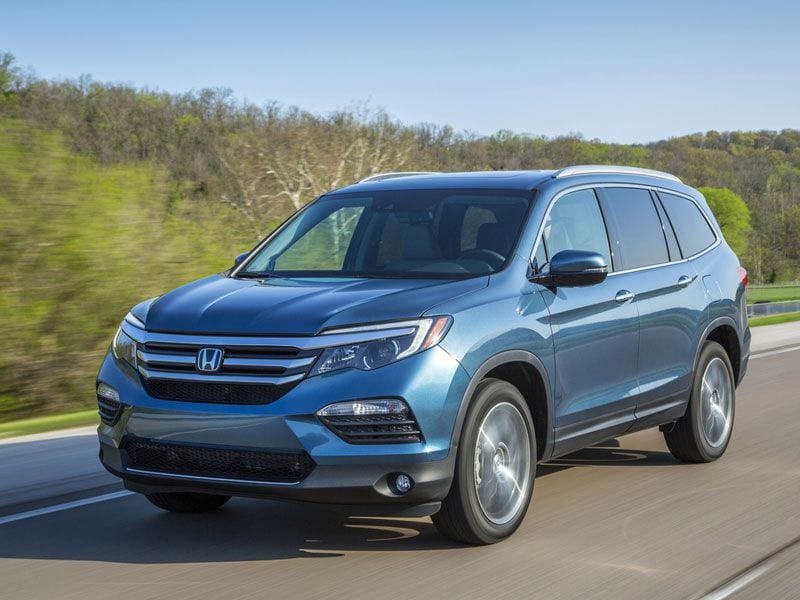 The 2016-2018 Honda Pilot is on the opposite end of the mid-size SUV segment from the Hyundai Santa Fe in terms of size. It is one of the roomiest vehicles in its class, and some have compared it to a minivan. A three-row vehicle, the Pilot could be configured to seat either seven or eight passengers. The Pilot offers a smooth but largely uninvolving driving experience. 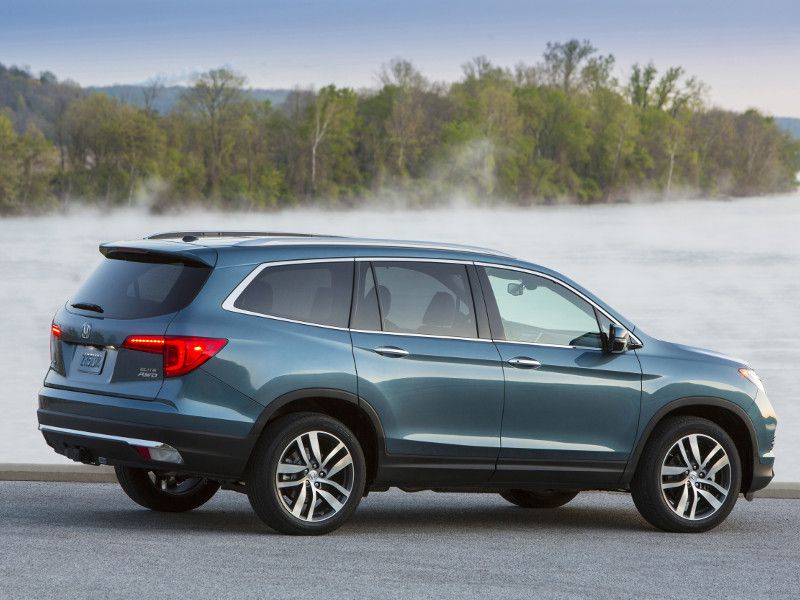 The only engine available is Honda’s workhorse 280-horsepower 3.5-liter V6 that offers the Pilot reasonable acceleration. Interestingly, the single engine is backed by either of two transmissions: a six-speed automatic or nine-speed automatic. The base configuration is front-drive, but a high percentage of Pilots of this vintage have all-wheel drive. To get the highest safety tech you should seek a Touring trim. It offers a forward collision warning, a lane-departure warning, lane-keep assist, and adaptive cruise control among its standard safety equipment.

While the Pilot can be equipped with an elaborate 8-inch touchscreen infotainment with 10-speaker premium audio, not everyone appreciates its control layout. A power liftgate and push-button start are nice-to-have items on many Pilots of this age. Interior room is undoubtedly a positive, with 16.5 cubic feet of cargo space behind the third row, 46.8 cubic feet behind the second row, and 83.9 cubic feet overall. 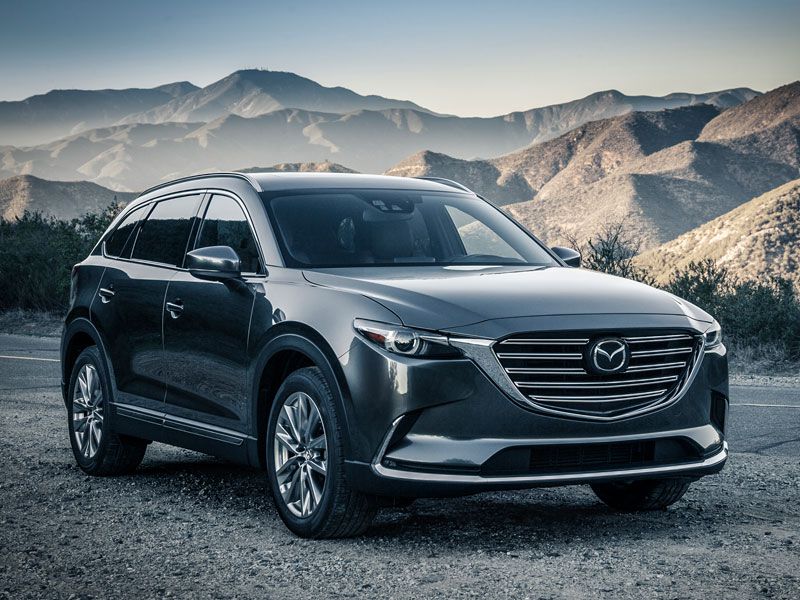 The 2016-17 Mazda CX-9 mid-size SUV isn’t as big or bulky as some others in its class, and that’s one of the reasons car enthusiasts gravitate to this stylish crossover. It offers three rows of seating but only 71.2 cubic feet of cargo space. Inside and out, the CX-9 gives off the aura of a luxury-brand vehicle. But the CX-9 is affordably priced on the used-car market, and that translates into low insurance costs.

Available in four trim levels — Sport, Touring, Grand Touring, and Signature — you can probably find a used model with most of the equipment you want. The Sport trim offers three-zone automatic climate control, a 7-inch infotainment display, and six-speaker audio. The Touring has heated power-adjustable leather front seats, a power-operated liftgate, and an 8-inch infotainment display. The Grand Touring adds a head-up display and 12-speaker Bose audio system. 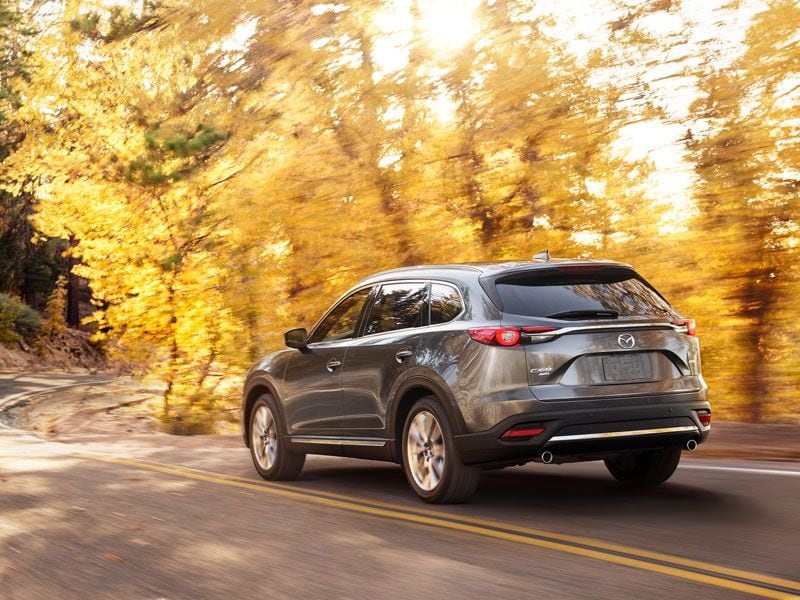 The 2017 Mazda CX-9 has a 227-horsepower turbocharged 2.5-liter four-cylinder engine, giving it more spunk than many vehicles its class. In fact, the engine will produce 250 horsepower if you use premium gas. The transmission is a six-speed automatic. The base layout is front-drive, but a good percentage of Mazda CX-9s have all-wheel drive. The CX-9 could be equipped with an impressive array of safety features: blind-spot monitoring, a rear cross-traffic alert, a lane-departure warning, active lane-keep assist, a forward-collision warning, and automatic emergency braking.

The 2016-2017 Mazda CX-9 shines in many areas, but one glaring shortfall is the absence of Apple CarPlay and Android Auto capability. If you’re looking for heated second-row seats, you won’t find them in the CX-9 either. On the other hand, the interior is beautifully finished. Smaller than most mid-size SUVs, it has 14.4 cubic feet of space behind the rear seats, 38.2 cubic feet with the second row occupied, and 71.2 cubic feet in total. 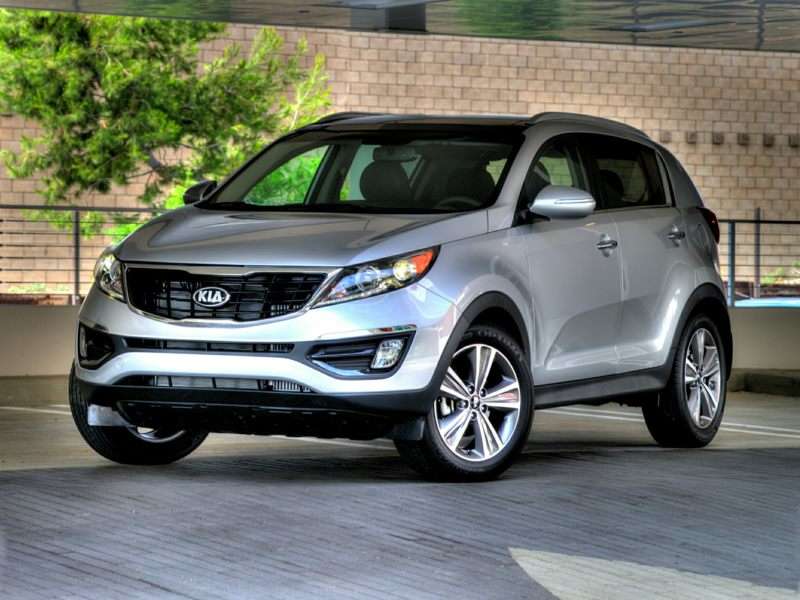 The 2016 Kia Sportage is a strong entrant in the compact SUV class that also includes entrenched favorites like the Honda CR-V and Toyota RAV4. The five-passenger, two-row Sportage offers a nice balance of ride and handling and unexpected power from its available turbocharged engine. It has scored very well in recent quality and reliability surveys. Further good news is that used Sportages are very reasonably priced.

For the 2016 model year, the Kia Sportage is available in three trims: LX, EX, and SX. The base model is pretty well equipped with six-speaker audio, satellite radio, Bluetooth, and a USB port. The EX trim features push-button starting, heated leather front seats, dual-zone automatic climate control, and a touchscreen display. But if you’re seeking the highest creature comforts, choose an SX with a 7-inch touchscreen infotainment system with integrated navigation and rear parking sensors. 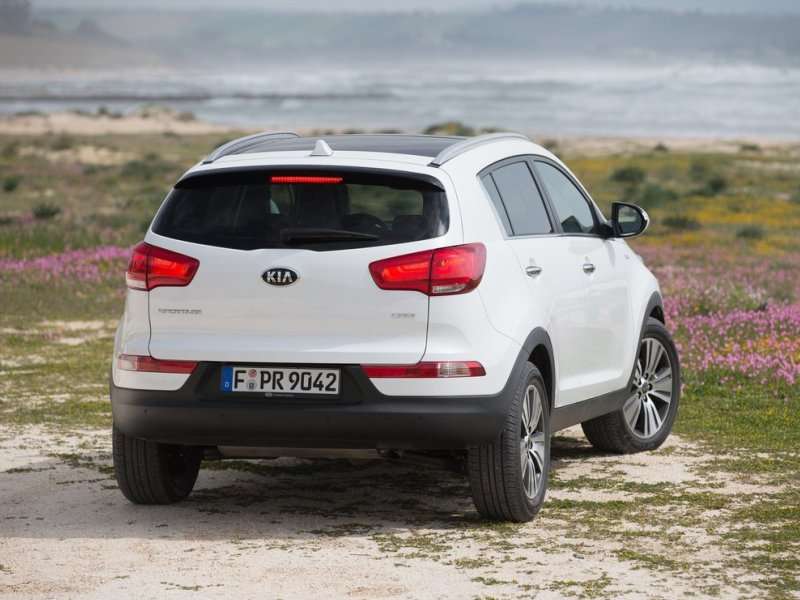 Some might find it hard to believe, but the 2016 Kia Sportage might be the most performance-capable of the compact SUVs, at least when equipped with the 260-horsepower, turbocharged four-cylinder engine. The base engine is a 182-horsepower four-cylinder mated to a smooth-shifting six-speed automatic transmission. The Sportage can be equipped with either front-wheel drive or all-wheel drive. Depending upon your desires and your locale, either can be a good choice. The Sportage earned good safety ratings from the National Highway Traffic Safety Administration but the 2016 model could not be equipped with very many electronic driving aids.

For a relatively inexpensive vehicle, the 2016 Sportage has a decent slice of tech features. In addition to the standard six-speaker audio, an Infinity premium audio system is available in conjunction with a 7-inch touchscreen display. The Kia UVO eServices infotainment operating system is one of the easiest to use in the business. Because of its compact exterior, the Sportage doesn’t offer as much cargo room as some competitive vehicles — 26.1 cubic feet with the rear seats in use and 54.6 cubic feet with the rear seats folded. 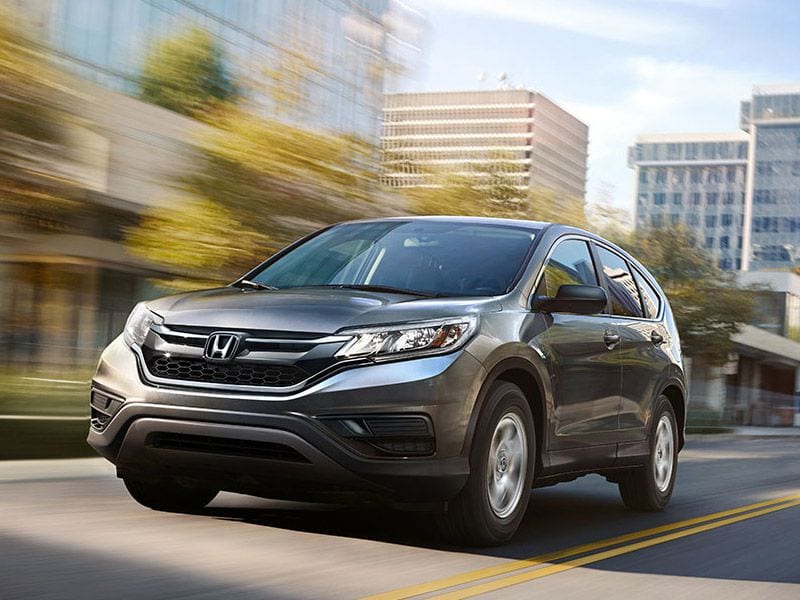 The Honda CR-V compact SUV was one of the first “crossovers,” and it remains a leader in the compact SUV segment decades after its introduction. With five-passenger seating, the CR-V scores big for its interior comfort and expansive cargo room. It also offers one of the best EPA fuel economy ratings of any conventionally powered vehicle in its class. Because of its reputation for reliability, the CR-V can command a premium price as a used vehicle.

In part because Honda sells so many CR-Vs, the model is offered in five trims: LX, SE, EX, EX-L, and Touring. The base CR-V LX model is pretty basic although it does have the required rearview camera, but as you climb the “food chain” each succeeding trim level adds more equipment. As a used vehicle shopper, you might want to seek the EX and EX-L models. An EX-L features leather seating in addition to the EX’s heated front seats and moonroof. The Touring trim is exceptionally well equipped and it includes several electronic driving aids. 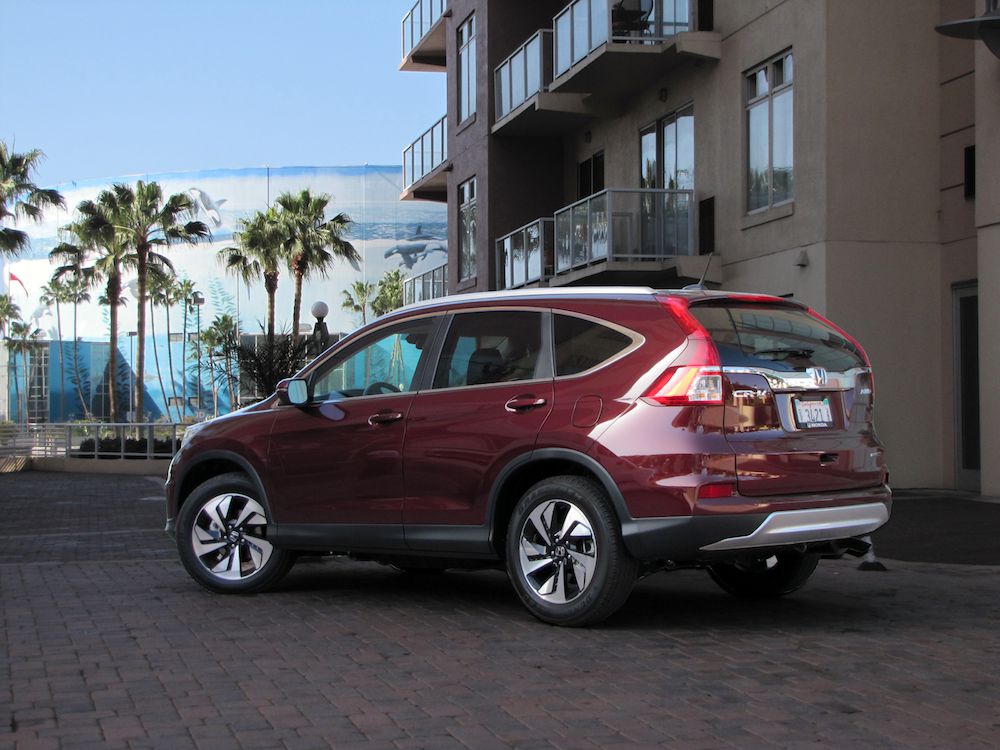 The 2016 CR-V is fun to drive, but it is not because it is so powerful. Instead, the CR-V’s pleasant driving characteristics stem from its good driving position, overall feel, and logical ergonomics. The 2.4-liter four-cylinder engine generates 185 horsepower, and it is coupled to a continuously variable automatic transmission. Enthusiast testers aren’t typically fans of this transmission type, but it seems well-suited to the CR-V buyers and their needs. In base form, the CR-V is a front-driver and all-wheel-drive is widely available. The pleasant SUV gets an EPA-estimated 26 mpg in the city and 33 mpg on the highway, among the best ratings in the class.

The 2016 Honda CR-V won’t bowl you over with tech features and connectivity, but as you climb the trim-level ladder, you’ll find it offers more in that regard. Bluetooth and a rearview camera are standard across all 2016 CR-Vs, and you’ll probably find several with a 7-inch touchscreen infotainment display and integrated navigation. As to safety tech, the Touring model includes a forward-collision warning, collision mitigation braking, and adaptive cruise control. Total cargo room is a whopping 70.9 cubic feet. 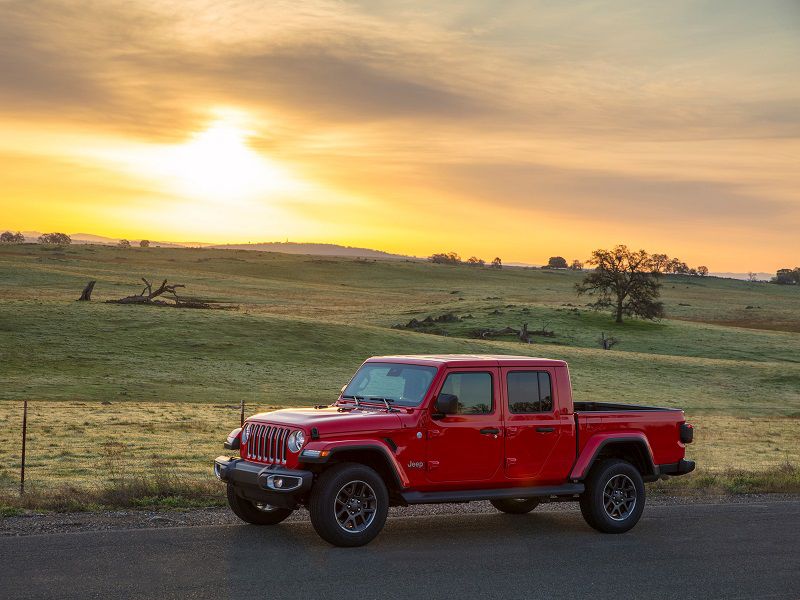 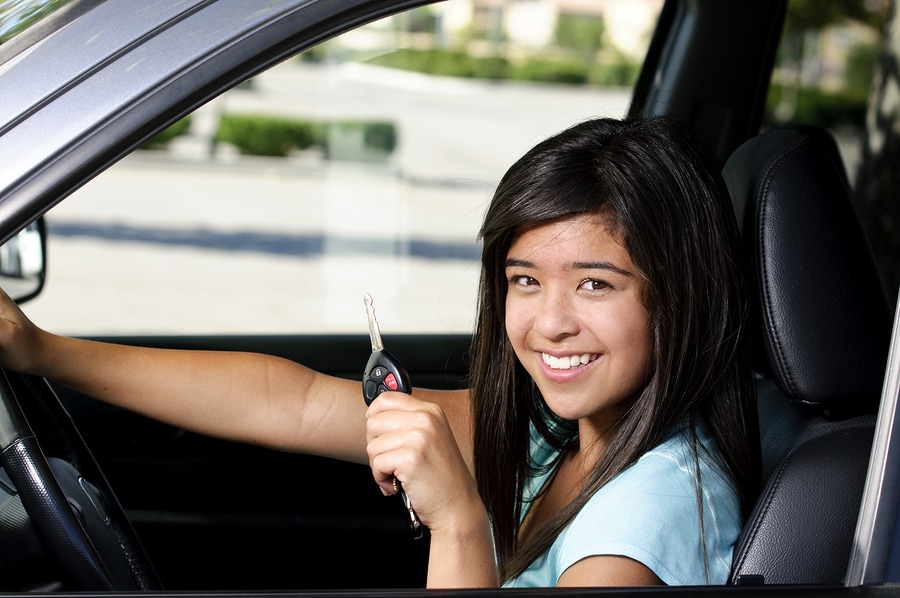 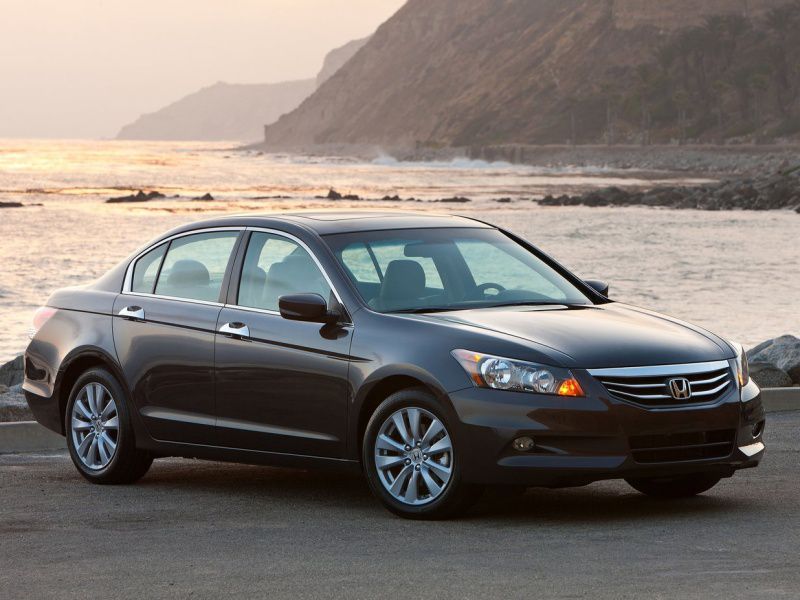 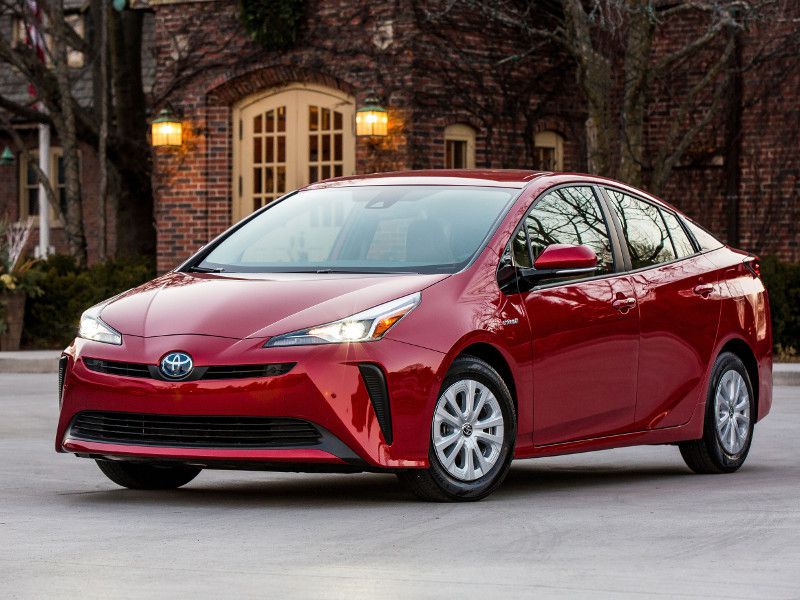 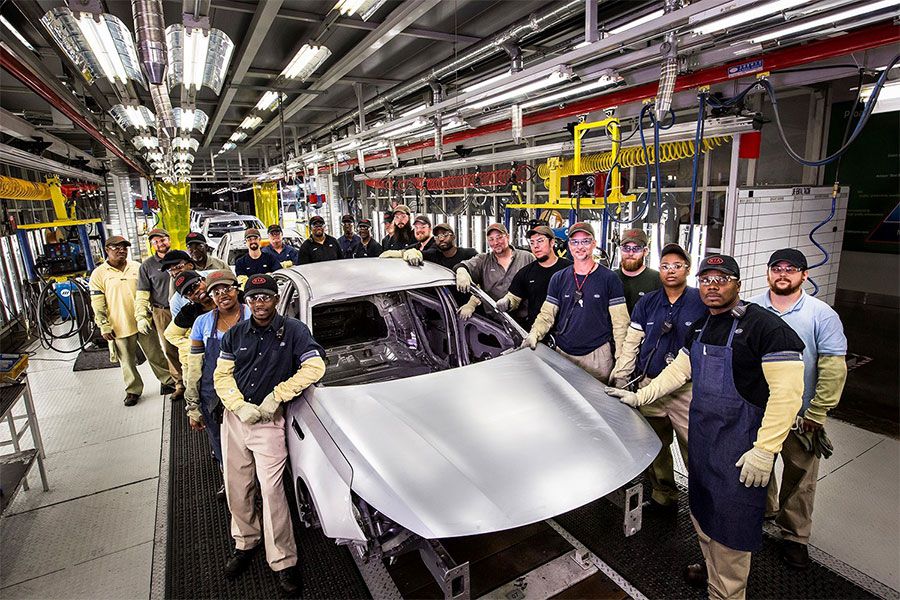 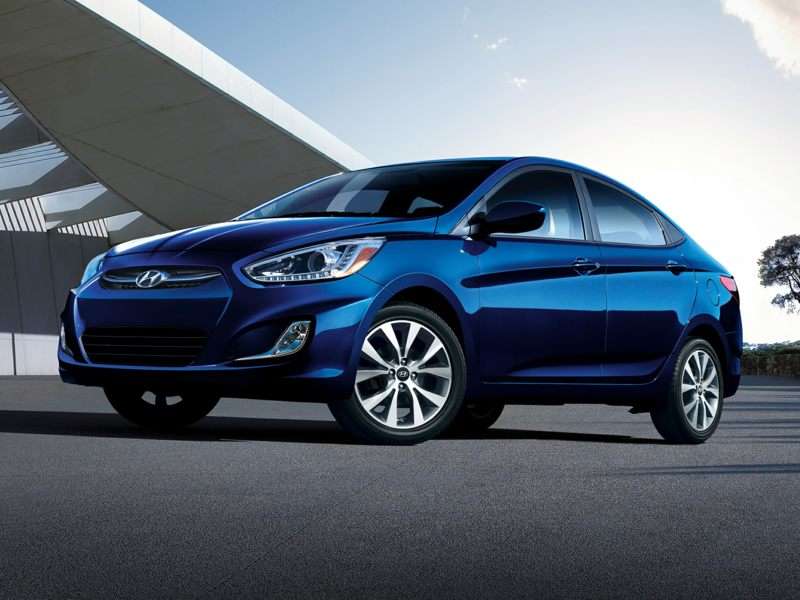